Grit: The power of passion and perseverance

When I was 27 years old, I left a very demanding job in management consulting for a job that was even more demanding: teaching. I went to teach seventh graders math in the New York City public schools. And like any teacher, I made quizzes and tests. I gave out homework assignments. When the work came back, I calculated grades.What struck me was that IQ was not the only difference between my best and my worst students. Some of my strongest performers did not have stratospheric IQ scores. Some of my smartest kids weren't doing so well. And that got me thinking. The kinds of things you need to learn in seventh grade math, sure, they're hard: ratios, decimals, the area of a parallelogram. But these concepts are not impossible, and I was firmly convinced that every one of my students could learn the material if they worked hard and long enough.After several more years of teaching, I came to the conclusion that what we need in education is a much better understanding of students and learning from a motivational perspective, from a psychological perspective. In education, the one thing we know how to measure best is IQ. But what if doing well in school and in life depends on much morethan your ability to learn quickly and easily? So I left the classroom, and I went to graduate school to become a psychologist. I started studying kids and adults in all kinds of super challenging settings, and in every study my question was, who is successful here and why? My research team and I went to West Point Military Academy. We tried to predict which cadets would stay in military training and which would drop out. We went to the National Spelling Beeand tried to predict which children would advance farthest in competition. We studied rookie teachers working in really tough neighborhoods, asking which teachers are still going to be here in teaching by the end of the school year, and of those, who will be the most effective at improving learning outcomes for their students? We partnered with private companies, asking, which of these salespeople is going to keep their jobs? And who's going to earn the most money? In all those very different contexts, one characteristic emerged as a significant predictor of success. And it wasn't social intelligence. It wasn't good looks, physical health, and it wasn't IQ. It was grit.Grit is passion and perseverance for very long-term goals. Grit is having stamina. Grit is sticking with your future, day in, day out, not just for the week, not just for the month, but for years, and working really hard to make that future a reality. Grit is living life like it's a marathon, not a sprint. A few years ago, I started studying grit in the Chicago public schools. I asked thousands of high school juniors to take grit questionnaires, and then waited around more than a year to see who would graduate. Turns out that grittier kids were significantly more likely to graduate, even when I matched them on every characteristic I could measure, things like family income, standardized achievement test scores, even how safe kids felt when they were at school. So it's not just at West Point or the National Spelling Bee that grit matters. It's also in school, especially for kids at risk for dropping out. To me, the most shocking thing about grit is how little we know, how little science knows, about building it. Every day, parents and teachers ask me, "How do I build grit in kids? What do I do to teach kids a solid work ethic? How do I keep them motivated for the long run?" The honest answer is, I don't know. What I do know is that talent doesn't make you gritty. Our data show very clearly that there are many talented individuals who simply do not follow through on their commitments. In fact, in our data, grit is usually unrelated or even inversely related to measures of talent. So far, the best idea I've heard about building grit in kids is something called "growth mindset." This is an idea developed at Stanford University by Carol Dweck, and it is the belief that the ability to learn is not fixed, that it can change with your effort. Dr. Dweck has shown that when kids read and learn about the brain and how it changes and grows in response to challenge, they're much more likely to persevere when they fail, because they don't believe that failure is a permanent condition. So growth mindset is a great idea for building grit. But we need more.And that's where I'm going to end my remarks, because that's where we are. That's the work that stands before us. We need to take our best ideas, our strongest intuitions, and we need to test them. We need to measure whether we've been successful, and we have to be willing to fail, to be wrong, to start over again with lessons learned. In other words, we need to be gritty about getting our kids grittier.

Posted by Unknown at 5:03 PM No comments:

This section is an open forum for anyone to share their stories and experience related to their dream job, their journey and importance of finding it, or anything related to job, passion and its importance. Or just to help each other out!
Happy sharing! Cheers!

The Incalculable Value of Finding a Job You Love 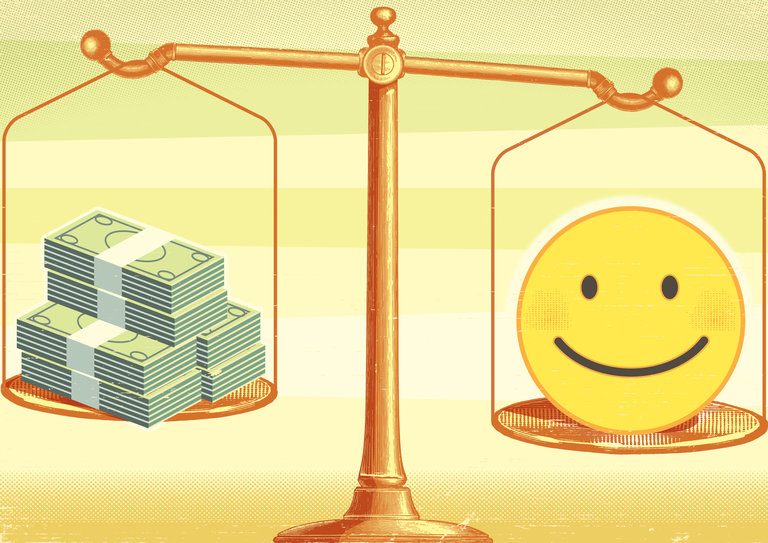 The Incalculable Value of Finding a Job You Love
As this article from the nytimes mentioned how valuable it is to find something that you love for your work rather than just working for the money which ultimately would be soul crushing will lead to a more fulfilling life.

A new collaborative paper by economist Richard Easterlin -- namesake of the "Easterlin Paradox" and founder of the field of happiness studies -- offers the broadest range of evidence to date demonstrating that a higher rate of economic growth does not result in a greater increase of happiness.

Across a worldwide sample of 37 countries, rich and poor, ex-Communist and capitalist, Easterlin and his co-authors shows strikingly consistent results: over the long term, a sense of well-being within a country does not go up with income...

Posted by Unknown at 5:00 PM No comments:

The Danger of not following your Passion!

Some great key take aways from this video on how we want to live our life and find success in our career. Work duty can guarantee it's a basic income but only sincere pleasure let work and generate sizable success. This is because success in the modern economy will generally only go to those who can bring extraordinary dedication and imagination to their labours and this is only possible when one is, to a large extent, having fun. Only when we are intrinsically motivated are we capable of generating the very high levels of energy and brainpower necessary to stand out from the competition. Work that has been produced merely out of duty will be limp and lacking next to that done out of love.

Yet we have to recognize that asking ourselves what we might really want to do, without any immediate or primary consideration for money or reputation which goes against our every, educationally-embedded assumption about what could possibly keep us safe. When people are suffering under the rule of duty, it can be helpful to take a morbid turn and ask them to imagine what they might think of their lives from the vantage point of their deathbeds. The thought of death may usefully detach us from prevailing fears of what others think. The prospect of the end reminds us of an imperative higher still than a duty to society: a duty to ourselves, to our talents, to our interests and our passions.

In other words, pleasure isn’t the opposite of work; it’s a key ingredient of successful work!!

Find people or companies that share passionately in what you believe!

As Simon Sinek says :..if you hire people just because they can do a job, they'll work for your money, but if they believe what you believe,they'll work for you with blood and sweat and tears" . It's time to match people who share the same passion and believe in what you do.


Life is short, we spend 1/3 of our life working and yet research has shown that 90% of us are not passionate in what we do. Much research has shown that if you work in what you are passionate in, you are happier and live a more fulfilling life. Research has also shown that this is the cause of burnout for people who don't have their interest aligned with their work. This causes a turnover rate of more than 62 million jobs per year in the US alone and costs companies over $370 billion due to employee disengagement.

Until now, recruiting had been based on talent and skill, and there are no easy and effective ways to match people based on their passion.  As research has shown, passion is a better indicator for employee motivation and engagement. Why? You can teach someone who has potential a skill but you cannot train someone to have passion for something when they don't.

The best recruiter might be able to find a company the most talented people in the world but they may lack passion for what the company is building; they won't be motivated to put their talents to work and will probably leave after a few years or sooner. Simon Sinek, who gave the popular TED talk 'How great leaders inspire action', says "...if you hire people just because they can do a job, they'll work for your money, but if they believe what you believe, they'll work for you with blood and sweat and tears."

Why are we able to change how we hire now? There is now so much data about us online that wasn't available in previous years. Research by Stanford University and Cambridge University has shown that just based on some of these data points alone they were able to understand you better than your own spouse. Why not use this information for something that would benefit us all to help us find work that we love? That's why we started occupassion.co with the mission to bring more happiness to your work life so you could live a more fulfilling life.

Occupassion is a hassle free AI recommending platform that matches job-seekers to companies and teams that have their passions and interests aligned. Unlike other companies, we do this differently and better by analyzing your digital footprint automatically without the need for long personality tests or confusing questionnaires which have shown to be inaccurate.

This helps companies save money with higher retention, make more money as workers are engaged, create an impact as they share the passion and have a healthy culture as the employees are happy. A win for all.

Leave a comment or let us know at contact@occupassion.co on how we could better achieve this mission. We value your opinion and are proud to have everyone involved in the growth of this company that we could all be apart of.

Matching you to work you love doing...